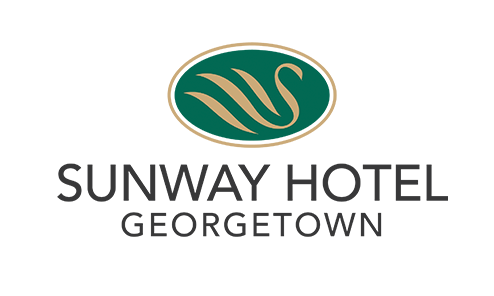 Sunway Hotels & Resorts in Malaysia, Cambodia and Vietnam has implemented “new norms” best practices and policies in all Sunway Hotels to enhance its hygiene practices and protocols in light of combating COVID-19 pandemic. This initiative includes the Sunway Safe Stay programme, which incorporates five pillars of safety and hygiene comprising of almost 30 protocols of heightened cleaning practices, assurance and well-being standards. 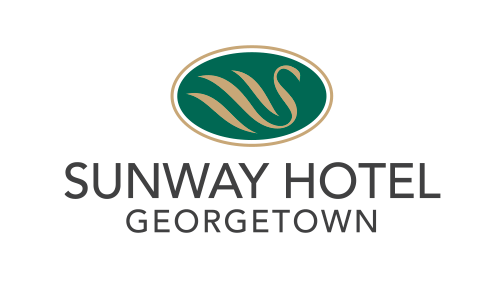 7 Famous Chinese Temples You Must Visit in Penang

A pilgramage for both the pious and the curious.

Malaysia is truly a beautiful country, as it is a place where people of many races, cultures and ethnicities co-exist. This, in turn, gifted us with an abundance of cultural treasures such as temples. Penang, Malaysia’s cultural melting pot, houses some of Malaysia’s most historical Chinese Taoist Temples, with some of them dating back to the second half of the 19th century. 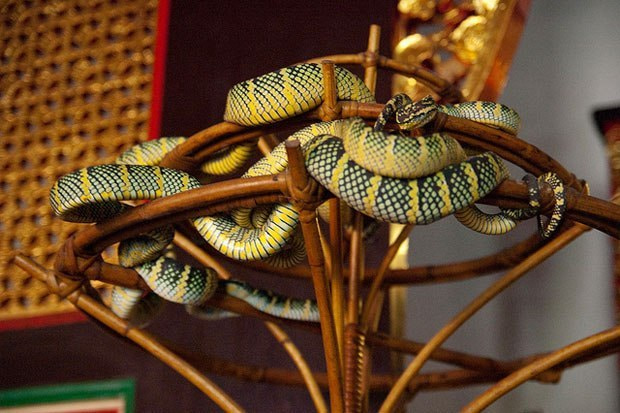 The Penang Snake Temple is one of the most peculiar temples in the world. It is home to various resident snakes that started treating the temple as their home after Chor Soo Kong, a Buddhist priest and healer, gave shelter to the snakes while the temple was still under construction. Despite the fact that the temple was completed after the priest’s death, more snakes actually moved into the temple on their own.

Contrary to popular belief, the Penang Snake Temple is not at all dangerous. Most of the snakes are living in transparent tanks, and they are defanged. If you’re willing to pay a small fee, you can go up, close and personal with the snakes at the small exhibition next door to take photographs. During festivals, there will be more snakes in the temple due to the extra offerings available.

How to get there
If you’re coming from George Town, there are three buses that can take you there, which are bus numbers 302, 401 or 401E. If you were to drive there from Sunway Hotel Georgetown it will be a 17 km-long journey, taking approximately 25 minutes, depending on the traffic. 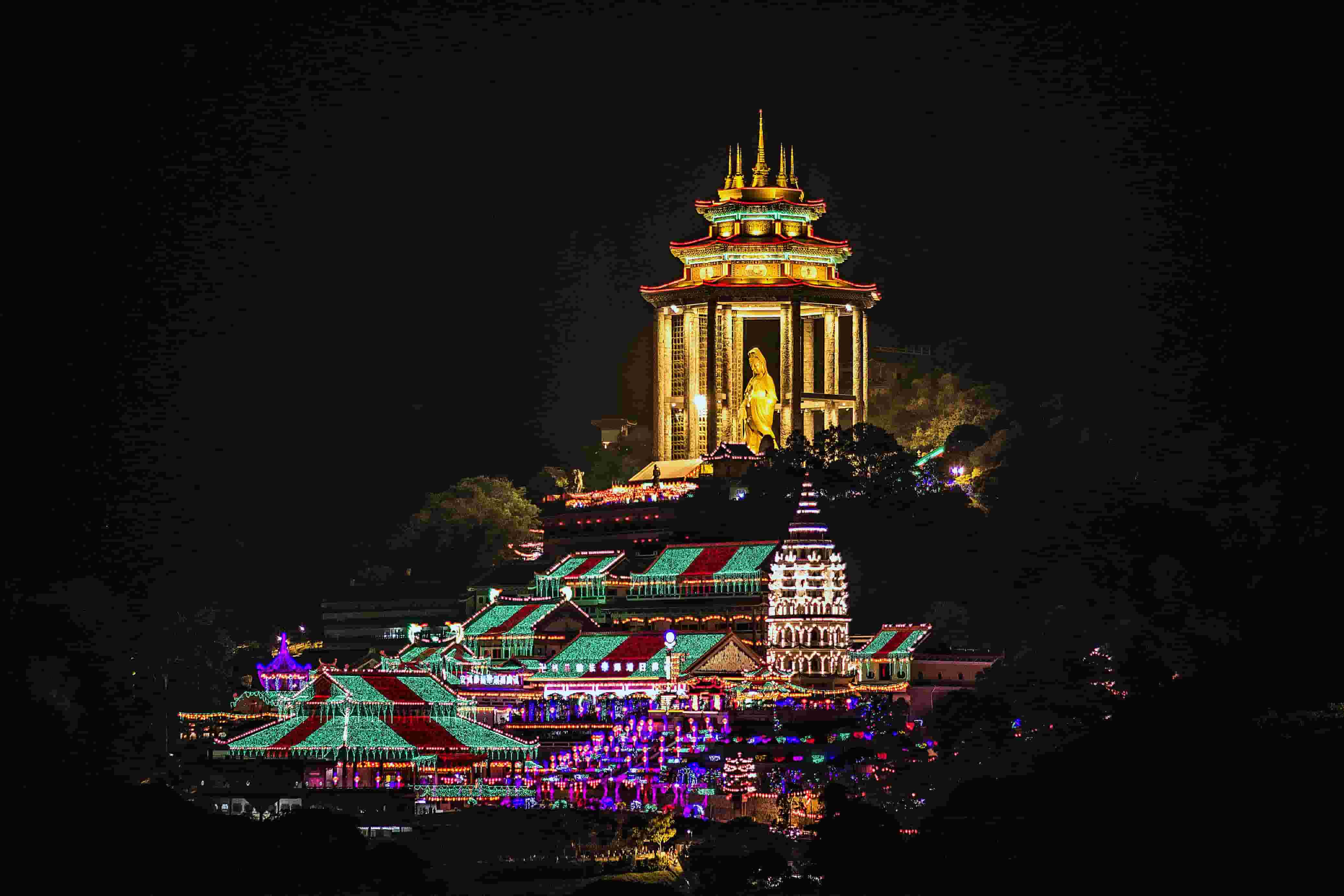 Kek Lok Si temple, the largest Buddhist temple in Malaysia, is also known as the ‘Temple of Supreme Bliss’. It was built by Beow Lean, a devout immigrant Chinese Buddhist. The complex is divided into three sections: temple grounds, mid section, and the hilltop. The temple grounds comprise the entrance, food and beverage stalls, souvenir shops and the turtle Liberation Pond. The mid section of the temple is where most of the temples and gardens are, together with the pagoda and the four heavenly kings pavilion. On the hilltop is the gargantuan statue of Kuan Yin and more temples and gardens.

The Penang Kek Lok Si temple is famous for its 12 animal statues that represent the Chinese zodiac, situated at the apex of the temple. There’s also a very tall wishing tree at the temple. To make a wish, all you need to do is purchase a ribbon from the temple, write down you wish, and toss it up the tree – the higher, the better!

The Kek Lok Si pagoda, also known as Ban Po Thar, is a must-visit when you’re at this temple in Penang. The pagoda itself is the result of a fusion of Chinese, Thai, and Burmese culture and history. The ground floor of the pagoda is built in a Chinese style, while the middle floor is built in Thai style, and the top floor being Burmese. On your climb to the top, you will see the different styles of Buddha, shrines and decorations.

How to get there
If you’re coming from Sunway Hotel Georgetown, we recommend driving or taking a Grab there, as it will only take about 30 minutes, give or take. Alternatively, you may travel there via bus 203 at Penang Times Square. 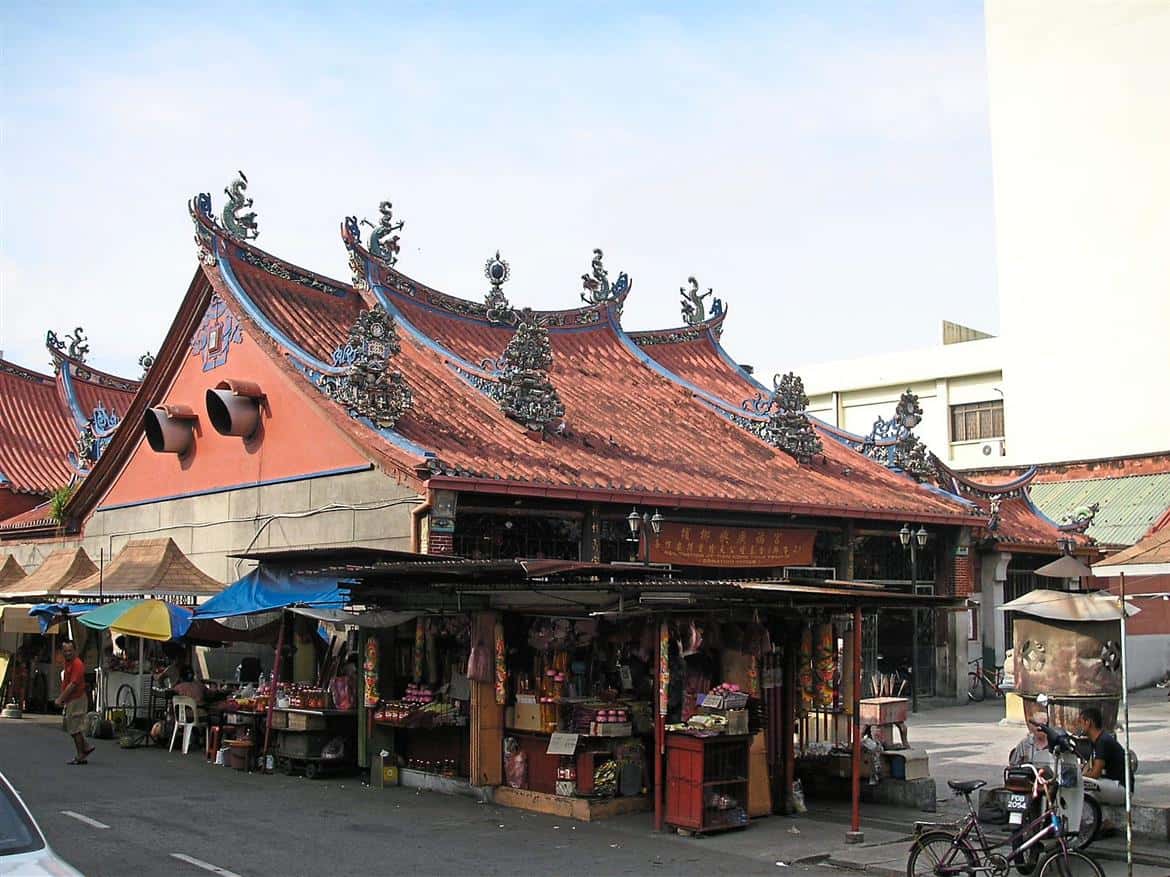 The temple is famed for its classic Chinese architecture with carvings of dragons on the temple’s stone pillars, high ceilings and linings of the roof ridges. But, that’s not all! The Penang Guan Yin Temple’s inner prayer chamber houses a beautiful statue of an 18-arm Kuan Yin, and gorgeous red Chinese lanterns hang from the ceiling.

How to get there
If you’re travelling to the Goddess of Mercy Temple Penang from Sunway Hotel Georgetown by car or Grab, it is only a 2 km-long journey, taking you approximately 10 minutes. 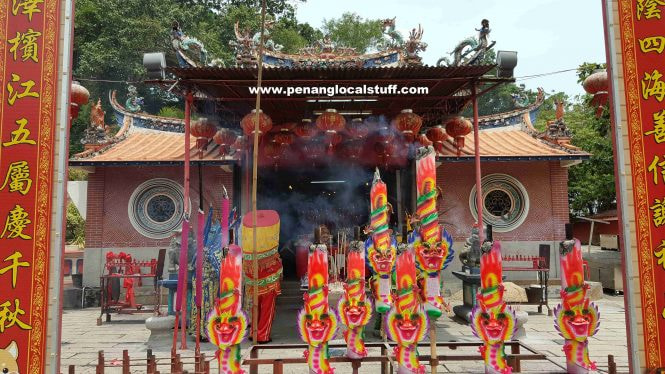 Tanjong Tokong Tua Pek Kong Temple, Penang, is the oldest and most important Tua Pek Kong temple in Penang, as it venerates the deified form of Zhang Li, a mid-18th century scholar of Hakka descent.

According to history, when Zhang Li was enroute for Sumatra after leaving a troubled China, their boat was blown off course and they ended up in Penang. It was then that they settled and built a Chinese settlement in Tanjong Tokong, which is the current site of the Tanjong Tokong Tua Pek Kong Temple, Penang.

Today, Zhang Li is worshipped as a god of prosperity. On the 14th night of Chinese New Year every year, which is the eve of Tua Pek Kong’s birthday, the temple will host its annual flame watching ritual, called Chneah Hoay.

How to get there
The temple is approximately 7 km away from Sunway Hotel Georgetown, which is about a 20-minute drive, depending on traffic. It is also located near the Penang Avatar Secret Garden. Alternatively, you may get on board bus 101 if you’re heading over there from Prangin Mall. 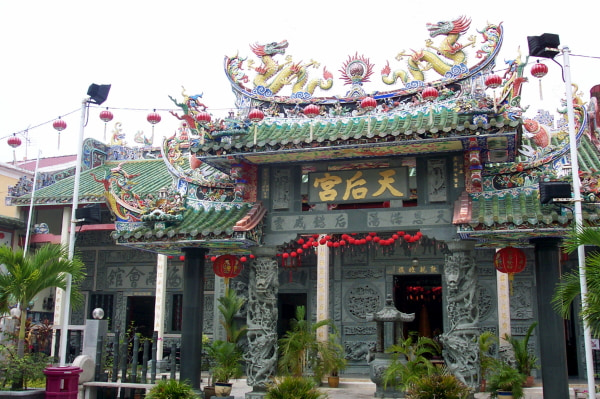 Also known as Penang Hainan Temple, the Penang Thean Hou Temple is a Chinese temple that’s solely dedicated to Mar Chor Poh, the highly-regarded patron saint of seafarers. Completed in 2918, the Penang Thean Hou Temple is built in a Hainanese style, with an abundance of impeccable stone carvings executed in the Sung dynasty style, crafted by China craftsmen in 1995. According to history, when the Hainanese from Southern China arrived in Penang, they paid homage to their patron saint, Ma Chor Poh, by building this temple.

How to get there
Lucky for you, this temple is only 2 km away from Sunway Hotel Georgetown. Driving or taking a Grab there will only take you around 10 minutes!

The goh tai seh (Five Big Clans)—Khoo Kongsi (Leong San Tong), Cheah Kongsi (Seh Tek Kong), Ooi Kongsi (Kang Har Tong), Yap Kongsi and Tan Kongsi—that became the backbone of the Penang Hokkien community in the olden days each has their own clan temple or clan house, primarily built to showcase the success of their families. Out of the 5 kongsi clan temples in Penang, Khoo Kongsi and Cheah Kongsi are the more lavishly decorated ones, looking majestic from the inside out. 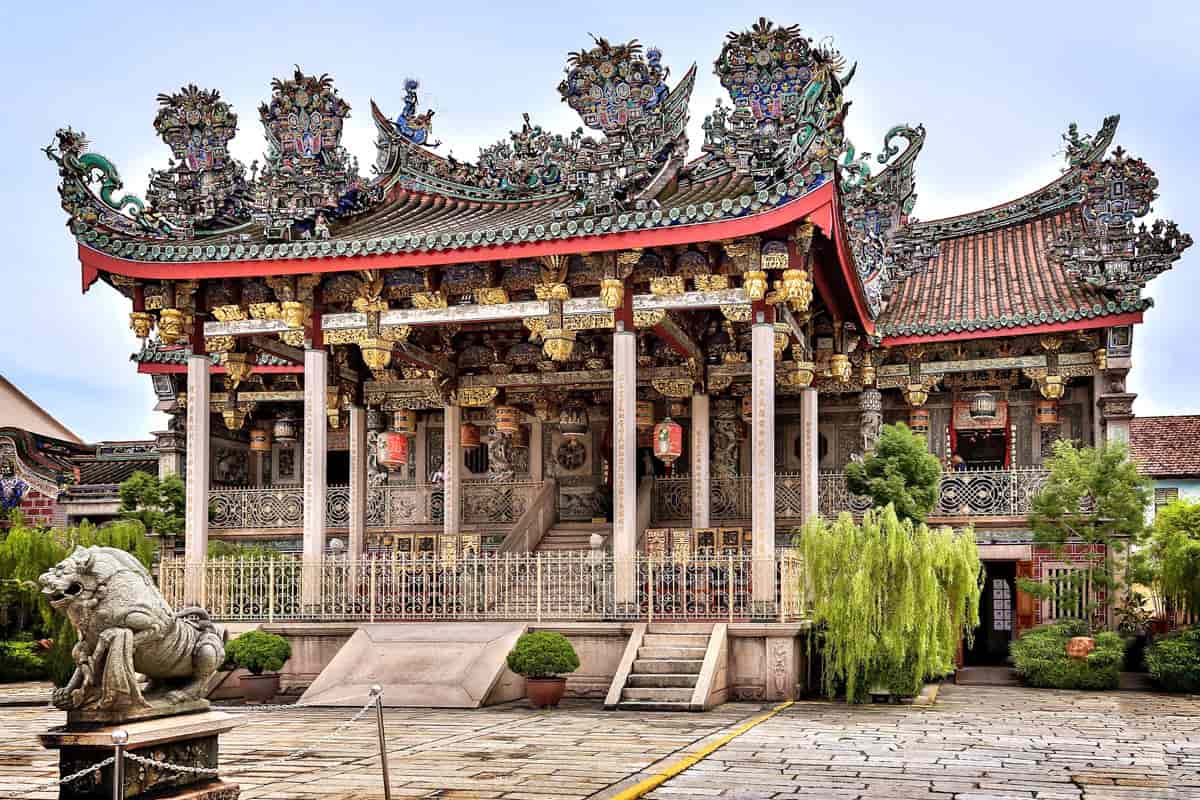 Also known as Leong San Tong (Dragon Mountain Hall), Khoo Kongsi is one of Georgetown’s most interesting places to visit. Back in the days, the Khoo family commissioned master craftsmen from China to construct this architectural wonder. Today, Khoo Kongsi is known to be the most impressive clan temple in Southeast Asia. Its entrance hall is adorned with majestic stone carvings, and inside the temple are pavilions, various murals and a total of 36 divine guardian-statues. Step inside and be amazed by the stunning ceramic sculptures, set in a beautiful interior with gorgeously-massive overhead paper lamps glowing in orange.

How to get there
This architectural masterpiece is also just 2 km away from Sunway Hotel Georgetown! All it takes is a 10-minute drive! 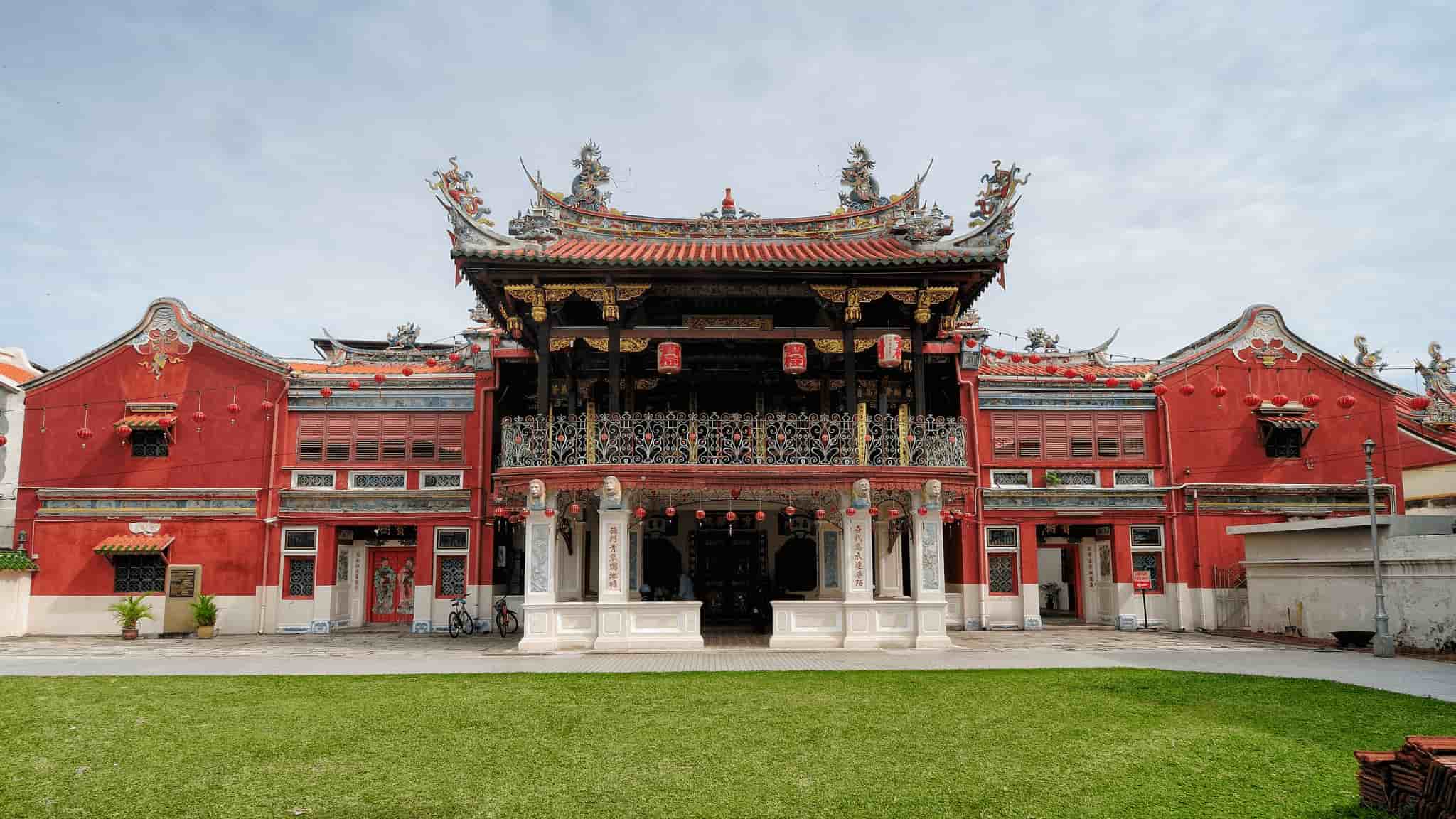 Seh Tek Kong Cheah Kongsi (or Cheah Kongsi) is the only clan house in Penang with a fusion of Malay, traditional Straits Chinese and European design. It is also the first and the oldest of the Five Big Clans. Its distinctive look resembling grand palaces and temples is what sets it apart from the rest. Upon reaching the premises, visitors will be greeted by majestic lion statues. Surrounding the statues are British-style lion head statues on columns that support the temple’s beautiful balcony with iron railings. Cheah Kongsi is also a museum, showcasing the artefacts and several pieces of furniture used by the family.

How to get there
Cheah Kongsi is located not too far from Khoo Kongsi, which means that it’s also approximately 2 km away from Sunway Hotel Georgetown! You can visit both of these kongsis at the same day!

Now that you found out how amazing the Chinese temples in Penang are, you must be really excited to visit each and every one of them. As a matter of fact, temple hopping is quickly becoming a thing in Penang. Seeing how beautiful all these temples are, it would be a shame to rush the trip. Slow things down by planning for a longer trip and book for a comfortable stay at Sunway Hotel Georgetown. This 4-star hotel’s strategic location makes temple hopping in George Town, Penang easy! Book a stay now at Sunway Hotel Georgetown, Penang.